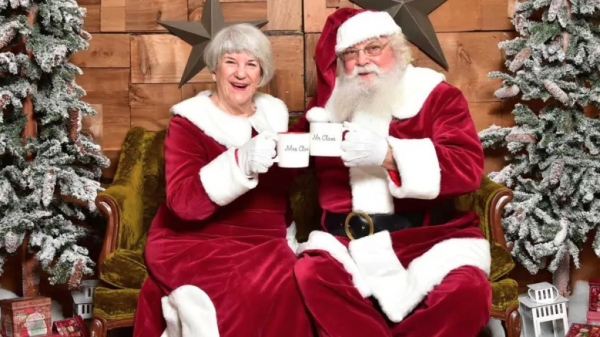 After almost two decades as a mall Santa, Chris Pedlar thought his days of bringing joy and magic to children during the holidays were coming to an end, when he suddenly experienced a health scare in the spring of 2019.

Pedlar and his wife, Nancy Bean, had been working as Santa and Mrs. Claus for the past 15 years when he suddenly started having trouble breathing. After several tests, Pedlar was diagnosed with congestive heart failure and told it could be fatal.

As his heart continued to worsen, Pedlar, who prefers to be called Santa Claus, was transferred to St. Paul's Hospital where he remained in the intensive care unit on medication.