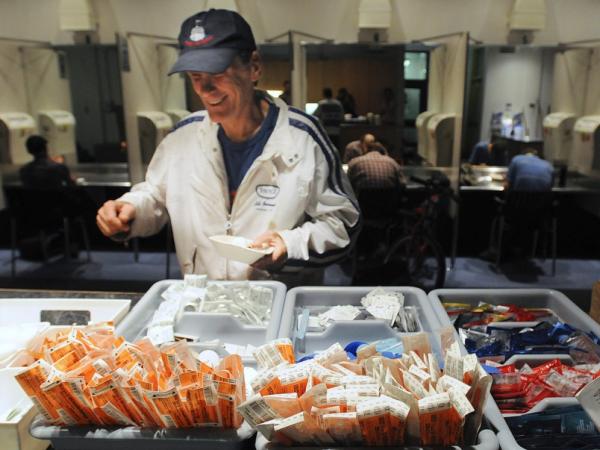 As the opioid crisis rages on across North America, a number of recent studies are pointing to cannabis and prescription heroin as viable options in curbing the consumption of lethal street opiates, reducing long-term medical and policing costs and extending the lives of users.

An analysis of opioid prescriptions in the U.S.published on Monday by the American Medical Association showed a significant decrease in opioid prescriptions in states that have adopted some sort of cannabis legislation. Using data from 2010 to 2015, the analysis counted 3.7 million fewer daily doses of opioids prescribed in states that allow weed dispensaries, while states that allow only home cultivation saw a decrease of 1.8 million daily prescribed doses.

One report paper by Centre for Health Evaluation and Outcome Sciences (CHEOS) published in the journal Addiction in late March looked at the economic effects of the Study to Assess Long-term Opioid Maintenance Effectiveness (SALOME) trials in Vancouver’s Downtown Eastside. The authors found that substituting street opiates with either hydromorphone or diacetylmorphine (prescription heroin) may be costlier than traditional methadone use, but in the long-run drug users were not committing as many crimes to support their habit. According the report, this can result in societal savings of $140,000 per patient, while prolonging the lives of people whose life expectancy is relatively short by an average of three years.