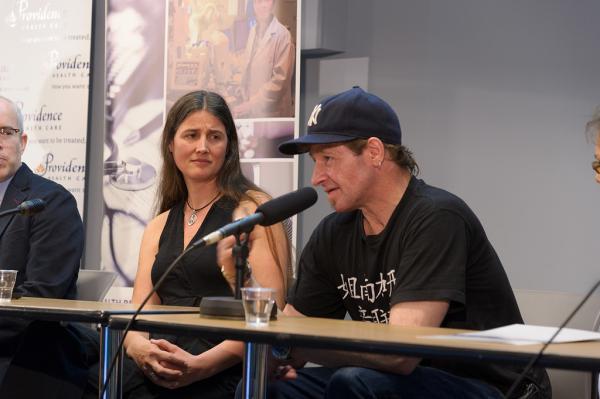 “The findings of the SALOME researchers shine a new light on how we can help people with heroin addictions,” said Health Minister Terry Lake. “While methadone and suboxone are effective for many people with opioid addictions, there is a proportion of people who have not found success with these treatments. The SALOME study shows there are alternative treatments that may be able to help those who don’t respond to methadone and suboxone. This is very exciting research and could go a long way in helping those who need it.”

SALOME, which stands for the Study to Assess Longer-term Opioid Medication Effectiveness, found hydromorphone (HDM) to be as effective as diacetylmorphine (pharmaceutical-grade prescription heroin) for people who have not benefited from previous treatments, such as methadone or suboxone.

Led by researchers from Providence Health Care (PHC), the Centre for Health Evaluation and Outcome Sciences (CHÉOS) at St. Paul’s Hospital and the School of Population and Public Health of the University of British Columbia (UBC), it’s the only clinical trial of its kind in the world.

“Prior to SALOME, hydromorphone had never been evaluated as a substitution treatment for opioid dependence,” said SALOME Principal Investigator Dr. Eugenia Oviedo-Joekes. “Hydromorphone is a widely available licensed pain medication. Our study shows that hydromorphone is as effective as diacetylmorphine, providing a licensed alternative to treat severe opioid use disorder. Providing injectable opioids in specialized clinics under supervision ensures safety of both the patients and the community, and the provision of comprehensive care.”

A total of 202 participants in Vancouver were randomized in a six-month double blind study to receive either injectable hydromorphone or injectable diacetylmorphine (DAM). The medication was administered at PHC’s Crosstown Clinic under the supervision of an interdisciplinary team of physicians, nurses, social workers and counselors.

Key findings of the research include:

“As diacetylmorphine is not presently available in many countries for political and/or regulatory reasons, hydromorphone has a significant advantage as a legal, licensed pain medication,” said Dr. Patricia Daly, Vancouver Coastal Health’s chief medical health officer. “While methadone and buprenorphine/naloxone are effective heroin addiction treatments for many people and should remain the first line responses, no single treatment is effective for all individuals. Every person with severe opioid use disorder left untreated is at high risk of serious illness and premature death.”

SALOME started in late 2011 and concluded in late 2015. It is the follow-up study to the North American Opiate Medication Initiative (NAOMI), North America’s first-ever clinical trial of diacetylmorphine/prescription heroin as an opioid agonist treatment medication.

The SALOME study received funding from the Canadian Institutes of Health Research (CIHR) and private donors through the fundraising efforts of the InnerChange Foundation and St. Paul’s Foundation. Providence Health Care funded clinical care for participants during the study. The cost of the study was $7.4 million.

Learn More
For more information on SALOME including b-roll you can download, please visit www.providencehealthcare.org/salome/.

The University of British Columbia (UBC) is one of North America’s largest public research and teaching institutions,and is consistently ranked among the world’s 40 best universities. Surrounded by the beauty of the Canadian West, it is a place that inspires bold, new ways of thinking that have helped make it a national leader in areas as diverse as community service learning, sustainability and research commercialization. UBC offers more than 58,000 students a range of innovative programs and attracts $519 million per year in research funding from government, non-profit organizations and industry through over 8,000 projects and grants.