Why do we need a new St. Paul’s Hospital? 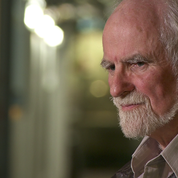 In April, St. Paul’s Hospital announced it was going ahead with its plan to build a new state of the art hospital that will determine the course for the delivery of future health care.  The site, which will be three kilometres away from the Burrard Street site, was unveiled and will be beside the Vancouver train station.

Shortly after the announcement, there was an outcry from both west end residents and Spencer Chandra Herbert, the NDP MLA for Vancouver-West End. There were concerns over losing a world-class facility in their neighbourhood.

Global News is launching a new series on why B.C. needs a new hospital that will transform health care in this province.  First in the series is an inside look at why a new St. Paul’s “campus of care” is desperately needed.