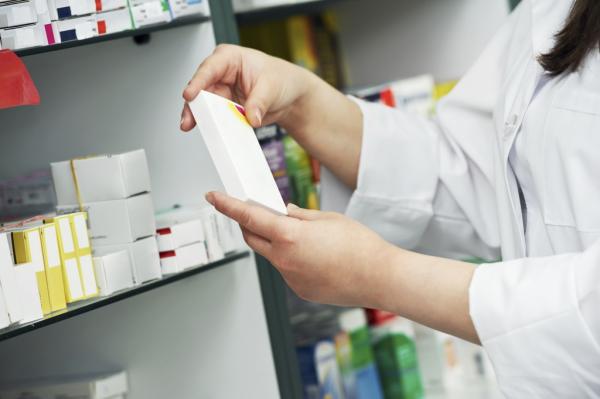 Starting this month, pharmacists at two Vancouver Medicine Shoppe pharmacies, located at 2030 Kingsway Ave. and 6180 Fraser St., will offer customers a rapid HIV test. Customers will know their test results on the spot in less than five minutes. During a year-long pilot, pharmacists trained by HIV nurses from VCH and PHC will offer customers an optional HIV test for free. Each pharmacy is located next to a Pacific Medical Walk-in Clinic where doctors will provide support to patients and link them to care and treatment, if required.

“B.C. is recognized as a global leader in the fight against HIV/AIDS and I believe that through bold action and smart investment we can remain leaders,” said Health Minister Terry Lake. “This pilot is another step forward and will go a long way to improve early diagnosis and save lives.”

“People can now get an HIV test while they are waiting for their prescriptions,” said Dr. Réka Gustafson, medical health officer and medical director, Communicable Disease Control, VCH. “Offering HIV testing at more locations like your local pharmacy helps normalize testing and reduces the stigma around it so that it’s more acceptable to people to get tested.”

Feasibility and effectiveness of the pilot will be evaluated over the course of the year before determining next steps. The pilot is being funded through the Province’s Seek and Treat for the Optimal Prevention (STOP) of HIV/AIDS program—a program focused on better reaching and engaging British Columbians in HIV prevention, testing and care. The HIV tests offered as part of the pilot will be free-of-charge to the patient.

“This is the first time a pharmacy in Canada is offering HIV tests to its clients,” said Bob Rai, pharmacist and co-owner of the two Medicine Shoppe pharmacies. “We’re happy to try something innovative in an effort to help people live healthier lives.”

VCH and PHC hospitals were the first in Canada to offer routine HIV testing. More than 60 patients in Vancouver hospitals have tested positive for HIV since the program began in October 2011. These patients would otherwise not have known they were infected. Prior to these pilots, usually only those at high risk for HIV such as those who use intravenous drugs were offered the test.

“We see too many people who are newly diagnosed with HIV, but are already in the advanced stages of the disease,” said Dr. Gustafson. “We can’t stress enough how very crucial early treatment is for those infected. While HIV is a chronic infection, early treatment prolongs and improves people’s lives and reduces transmission to others.”

This pilot project will determine whether HIV testing in pharmacies can complement existing HIV testing programs. Through the STOP HIV/AIDS program, HIV testing has been expanded throughout Vancouver and is available at community testing sites, hospitals, walk-in clinics and through family physicians.

An HIV positive person on their prescribed medication is up to 96 per cent less likely to transmit the infection. It is estimated there are 3,500 people in British Columbia who are infected with HIV but don’t know it.

Vancouver Coastal Health (VCH) is responsible for the delivery of $3.2 billion in community, hospital and residential care to more than one million people in communities including Richmond, Vancouver, the North Shore, Sunshine Coast, Sea-to-sky corridor, Powell River, Bella Bella and Bella Coola.

Providence Health Care (PHC) is one of Canada's largest faith-based health care organizations, operating 16 health care facilities in Greater Vancouver. PHC operates one of two adult academic health science centres in the province, performs cutting-edge research in more than 30 clinical specialties, and focuses its services on six “populations of emphasis”: cardio-pulmonary risks and illnesses, HIV/AIDS, mental health, renal risks and illness, specialized needs in aging and urban health and is home to the B.C. Centre for Excellence (BCCfE) in HIV/AIDS.

STOP HIV/AIDS was launched as a pilot in Vancouver and Prince George on February 4, 2010, with provincial funding totaling $48 million through to March 2013. Due to early evidence of success, on November 30, 2012, the Minister of Health announced province-wide implementation of the lessons learned from the STOP HIV/AIDS pilot starting in April 2013. Its aim is to reduce HIV-related morbidity and mortality, reduce the number of new HIV infections and contain associated health system costs.