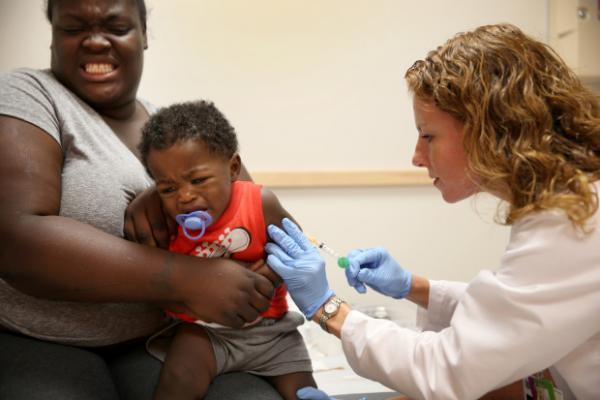 Combining two common childhood vaccines into one — rather than administering them separately — doubles the risk of febrile seizures in children, a study published in the Canadian Medical Association Journal has found.

Febrile seizures, convulsions brought on by fever in infants or young children, are a rare side-effect of measles-mumps-rubella vaccine, occurring at a rate of less than two seizures per 10,000 doses. When the MMR vaccine is combined with the vaccine against chickenpox, creating the MMRV (for varicella) vaccine, that risk doubles. It still remains relatively small, however — at a rate of 3.52 seizures per 10,000 doses, according to the study by a team led by Dr. Shannon MacDonald at the University of Calgary’s faculty of medicine. Seizures among high-risk children were not significantly different, the study also found.

In British Columbia, the doubled MMRV vaccine is not given to babies because of the higher risk of febrile seizures, according to Dr. Monika Naus, the medical director of immunization programs for the B.C. Centre for Disease Control.