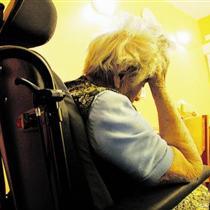 Cynics are three times more likely to develop dementia than those who have faith in humanity, a study has shown. Believing that others are motivated by selfishness, or that they lie to get what they want, appears to radically increase the risk of cognitive decline in later life.

It could mean that grumpy old men and women should be screened more closely for diseases such as Alzheimer's. Cynicism has previously been linked to health problems such as heart disease, but this is the first time it has been associated with dementia.

“These results add to the evidence that people's view on life and personality may have an impact on their health,” said Dr. Anna-Maija Tolppanen, the lead researcher at the University of Eastern Finland, whose study is published online in the journal Neurology.