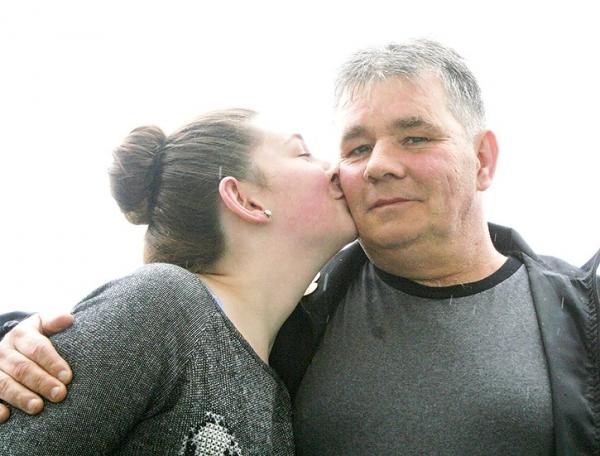 In a crisis some people are able to do things they didn't think were possible.

Prince Rupert's Gianna Evans is living proof of that. Earlier this year, the 12-year-old performed cardiopulmonary resuscitation (CPR) on her father before emergency responders arrived, despite not knowing how.

“I watched a movie a couple of days before, and one thing the main character kept saying was 'nothing's impossible'. That's what I was thinking,” Gianna said.

In January Gianna was laying in bed one night when she heard Bill, her dad, arrive home from work.

“As soon as I closed my eyes I heard a big boom,” she said.

Upon investigation, Gianna saw her father gasping for air and turning blue on the hallway floor; Bill had a heart attack on his way up the stairs.