'We Were Seen as Quite Scary': PHS's Townsend 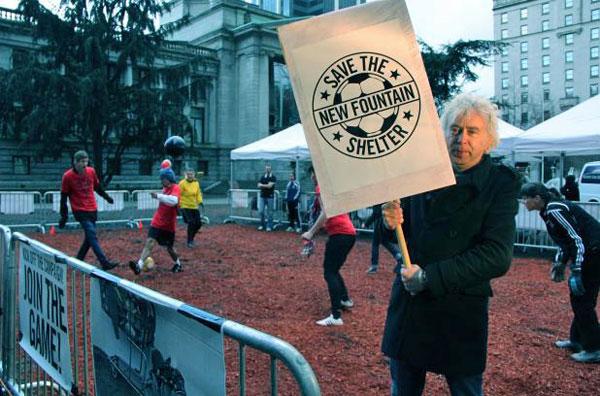 There was a sense of relief in Vancouver on the morning of Dec. 14, 2002 when squatters began taking down their tent city around the vacant Woodward's building, filling six dumpsters with trash. The peaceful dismantling of the 92-day Woodsquat was largely organized by the Portland Hotel Society. The group's credibility with street people helped avert a potentially violent riot and expensive police action.

The homeless participants agreed to leave the derelict department store and move into a nearby hotel, except for one woman who sat outside in the dark, threatening a hunger strike. It was left to PHS executive-director Mark Townsend to gently prod the final squatter onto her feet. As Townsend tells the story, he told her that a deal had been reached — and he vowed to fight for the low-income daycare and communal space she specially requested in the new Woodward's building.

Years went by and Townsend finally acted on that pledge last summer, confronting Vancouver city staff with demands about the daycare operation at Woodward's. His aggressive behaviour so angered city manager Penny Ballem that she informed him that he could no longer meet with city employees on any issue.