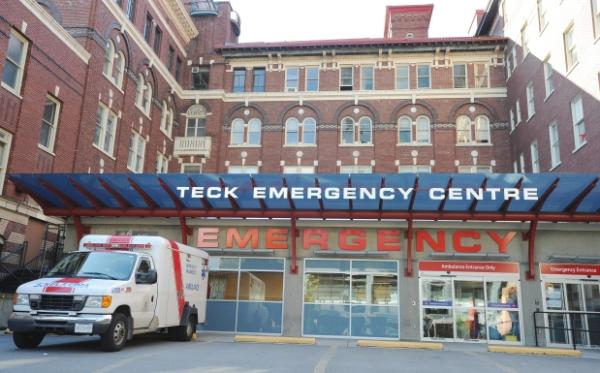 Nine beds, seclusion rooms, and safety measures such as doors with unbreakable glass and bathrooms free of anything that patients can harm themselves are part of a new unit at Vancouver's St. Paul's Hospital for people with severe mental illnesses or addictions.

The acute behavioural stabilization unit is part of a government promise to address what Vancouver police have described as a mental health crisis in the city.

Health Minister Terry Lake said on Wednesday he's not sure if the new unit — the first of its kind in Vancouver — is enough to support the city's most vulnerable patients, but it's an important first step.

“This is nine more beds than we had before, and there will be times, I'm sure, when it won't be sufficient and other times when it will be more than enough to meet demand,” he said.

“We'll have to assess it and respond to the demand and as we learn from this, make improvements if necessary to ensure we are doing the right thing and meeting those needs.”