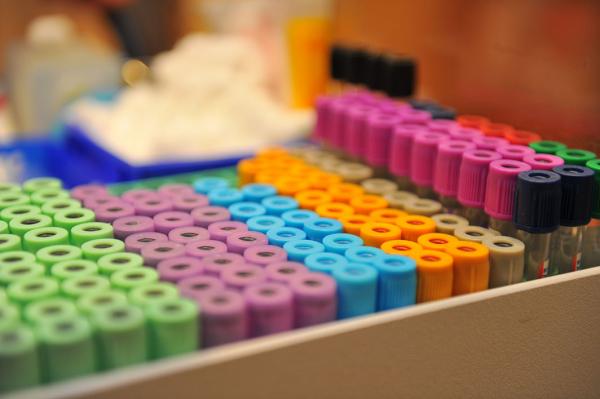 VANCOUVER - Health minister Margaret MacDiarmid announced $1.9 million in funding to support two projects that will help raise awareness about the transmission, treatment and prevention of viral hepatitis among B.C.'s Asian and South Asian population as well as throughout the province.

“We are committed to working to improve the health of all British Columbians and their families who may be affected by viral hepatitis,” said MacDiarmid. “While treatment and disease management of hepatitis B and hepatitis C is important, it is also critical to improve awareness, education and knowledge about the disease and how it can spread, particularly among our more vulnerable groups.”

The first project is a $400,000 grant to the S.U.C.C.E.S.S. Society, to help improve awareness of hepatitis B, and provide prevention, treatment and self management education among immigrant communities.

“Hepatitis B can affect anyone, regardless of lifestyle or perceived risk factors - in fact, many Asian and South Asian born British Columbians have had it since birth, but are unaware that they are infected,” said Queenie Choo, chief executive officer of S.U.C.C.E.S.S. “Hepatitis B has been a priority for S.U.C.C.E.S.S. for a number of years. With this funding, we will help accelerate the efforts to ensure people have the correct knowledge and see the value of testing and early treatment.”

While vaccination against hepatitis B is now common, in past decades it was less standardized internationally. For example, many of those born in Asia and South Asia may have contracted hepatitis B from their mothers, because they were unaware of their infection and did not receive vaccination at birth. A large proportion of these individuals will carry the hepatitis B virus and many of them will eventually develop liver cancer or die from end stage liver disease in mid adulthood.

The second project is the creation of a $1.5 million fund to explore ways to better address both hepatitis B and C epidemics in British Columbia. This project will be funded through the St. Paul's Hospital Foundation.

“With the support of the government of B.C., we have led the way in the fight against HIV/AIDS, now we hope to do the same with viral hepatitis,” said Dr. Julio Montaner, director of Providence’s BC Centre for Excellence in HIV/AIDS at St. Paul’s Hospital. “What we have done for HIV can and should be done for other high burden diseases like hepatitis. We can take the infrastructure we have developed under STOP HIV/AIDS and apply that so we can deliver a hepatitis-free generation to our province.”

Applying the successful HIV model pioneered by Providence’s BC Centre for Excellence in HIV/AIDS, work will focus on determining vulnerable individuals; identifying the best ways to prevent new infections; how to engage those at-risk or living with the diseases in testing, treatment and support; and assess how improved reach and effectiveness of new antiviral treatments could impact those living with the viruses, and ultimately change the course of the hepatitis epidemics.

“This funding will increase awareness and help us to set up a province-wide strategy to combat these silent epidemics,” said Dr. Mel Krajden, medical director, hepatitis services, at BC Centre for Disease Control and professor of pathology and laboratory medicine at UBC. “These illnesses are manageable - especially when diagnosed early - but if they are not caught and are left to develop for years, they can cause serious illness, including death.”

Both hepatitis B and C are viruses that infect the liver and can lead to permanent liver damage including liver cancer and liver failure. They are often referred to as “silent” diseases because often no symptoms appear until someone's liver is severely damaged; a process that can sometimes take decades.

Hepatitis B is primarily spread through intimate contact with an infected person. Most adults who get hepatitis B recover; however, it can become a long-term, chronic disease that can damage a person's liver over time - chronic illness is especially common among those who were exposed to the disease at birth and did not receive a vaccine.

There are treatments available for hepatitis B that can reduce the amount of virus circulating in the body and decrease the damage to the liver. Regular check-ups are key to determine which individuals will benefit the most from treatment.

Hepatitis C is primarily spread through direct contact with an infected person's blood. There is no vaccine for hepatitis C. Some who are infected completely recover from the virus after a short term, acute illness, but many become chronically infected and, like hepatitis B, their liver can be damaged. There are treatments available that can cure many that are chronically infected.

Connect with the Province of B.C. at: www.gov.bc.ca/connect