Vancouver can CHANGE HIVSTORY:The beginning of the end of HIV 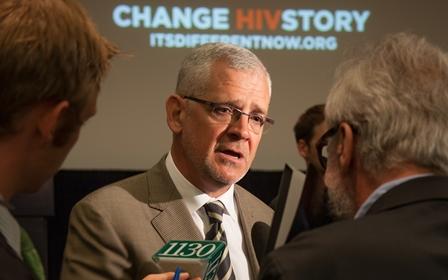 Vancouver has reached a tipping point in the battle against HIV.  It has the treatments, the expertise and the testing available to spur “the beginning of the end of HIV,” according to a new campaign launched this summer. Providence Health Care, Vancouver Coastal Health and the BC Centre for Excellence in HIV/AIDS (BC-CfE) are trying to mobilize everyone who has ever had sex to get an HIV test. Organizers launched CHANGE HIVSTORY on July 18th in downtown Vancouver, a bold effort that aims to make Vancouver the epicenter of a movement to change history and help bring an end to the spread of HIV. Read full story here.