BC Centre for Excellence in HIV/AIDS Celebrates its 20th Anniversary 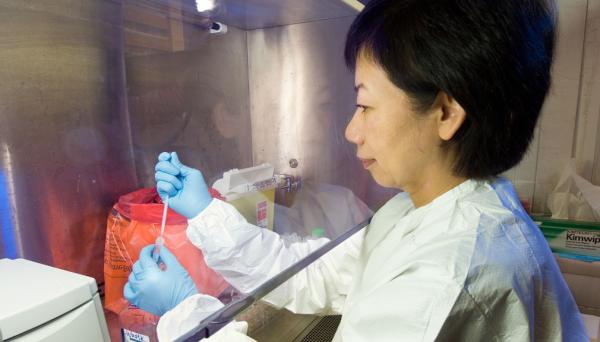 Vancouver, BC — A born in B.C. centre dedicated to eradicating a deadly disease is marking its 20th anniversary on Friday, March 16, 2012. Based at St. Paul’s Hospital, the BC Centre for Excellence in HIV/AIDS (BC-CfE) is celebrating two decades of research, innovation, achievement and treatment.

The BC-CfE is Canada’s largest HIV/AIDS research, treatment and education facility and is internationally recognized as an innovative world leader in combating HIV/AIDS and related diseases. It is dedicated to improving the health of British Columbians living with HIV by developing, monitoring and disseminating comprehensive research and treatment programs for HIV and related illnesses.

“The BC Centre for Excellence in HIV/AIDS stands as a reminder that when immeasurable innovation and unwavering dedication come together there are no boundaries the human spirit cannot overcome,” said Dianne Doyle, president and CEO of Providence Health Care. “We are proud to be home to a centre that has made such a dramatic impact in the lives of so many. Thanks to the BC-CfE, we know that the HIV/AIDS epidemic can be defeated.”

The BC-CfE opened in 1992 under the direction of Dr. Michael O’Shaughnessy, at a time when a British Columbian was dying of AIDS almost every day. By the mid-90s, the disease had reached epidemic proportions, with new infection rates of 850 annually in B.C.

Dr. Julio Montaner, who has led the HIV/AIDS research team at St. Paul’s since 1987, took the helm of the BC-CfE in 2005. From pioneering the lifesaving highly active antiretroviral therapy (HAART), which is now the gold standard treatment for HIV worldwide to the internationally celebrated Treatment as Prevention strategy, Dr. Montaner and his team at the BC-CfE have been the catalyst for remarkable advancements in the treatment of HIV/AIDS. The number of new HIV infections in B.C. in 2010 was 301, a 65 percent reduction from the rates in 1996.

“I look back with great pride and satisfaction at the far reaching impact our work has had on this devastating disease, however I know that our work is not yet done,” said Dr. Julio Montaner, director of the BC-CfE and head of the Division of AIDS at the University of British Columbia's Faculty of Medicine. “Through the support of the Government of British Columbia, UBC and Providence Health Care, we have been able to attract committed and qualified individuals who have worked tirelessly to save and improve the lives of people living with HIV and AIDS. This anniversary and the many advancements we have pioneered at the BC-CfE belong not just to BC-CfE staff, but to all the HIV-positive individuals, the families of the deceased, our community partners and all who have contributed over the years.”

The BC-CfE’s HIV Treatment as Prevention Strategy, introduced in 2006, was recognized as a top-10 medical breakthrough by Time, a 2012 medical breakthrough by Readers Digest Canada; applauded by organizations like the Joint United Nations Programme on HIV/AIDS (UNAIDS) and the World Health Organization (WHO); and in 2011, adopted by China as the cornerstone of its national HIV/AIDS policy. The strategy involves increased testing and treatment for HIV-positive and medically eligible individuals in order to prevent the progression of the disease, as well as the spread of HIV in the community.

In B.C., the Seek and Treat for Optimal Prevention of HIV/AIDS (STOP HIV/AIDS) pilot project is based on BC-CfE’s HIV Treatment as Prevention strategy. In 2010, the B.C. government invested $48 million over four years in the BC-CfE-led STOP HIV/AIDS pilot to expand HIV testing and treatment in Vancouver’s inner city and Prince George.

As part of celebrations marking the anniversary of the BC-CfE, his Excellency Werner Brandstetter, Austrian Ambassador to Canada, will present his country’s Grand Decoration of Honour to Dr. Montaner on March 16 at the Sutton Place Hotel for his work that has made a significant contribution to combat HI/AIDS in Austria. This award is a national honour that is conferred by the president of Austria upon individuals who have provided outstanding services or public benefit to the country.

The advancements brought forth by the BC-CfE have transformed HIV from a once deadly disease to a chronic and manageable illness that is preventable. By implementing the initiatives of the BC-CfE, the province of B.C. stands alone as the only Canadian province seeing a consistent decline in new cases of HIV.

The BC Centre for Excellence in HIV/AIDS (BC-CfE) is Canada’s largest HIV/AIDS research, treatment and education facility and is internationally recognized as an innovative world leader in combating HIV/AIDS and related diseases. It is based at St. Paul’s Hospital, Providence Health Care, a teaching hospital of the University of British Columbia. The BC-CfE works in close collaboration with key provincial stakeholders, including health authorities, health care providers, academics from other institutions, and the community to improve the health of British Columbians living with HIV through developing, monitoring and disseminating comprehensive research and treatment programs for HIV and related illnesses.