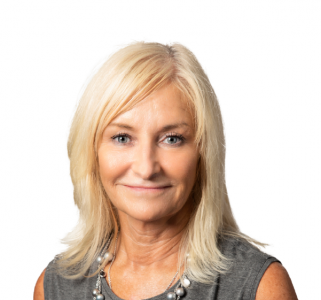 Debra Doucette joined the Providence Health Care Board in 2018.

Debra Doucette is President and CEO of Odlum Brown Limited, a full-service investment firm headquartered in Vancouver, British Columbia. Debra leads with objective and strategic insight developed from an accomplished career in the investment industry spanning over 35 years.

Debra has earned a reputation for her vision, passion and dedication as a leader in the business community. She is a board member of St. Paul’s Foundation, Drug Free Kids Canada, the UBC Sauder School of Business Faculty Advisory Board and the alumni UBC Board of Directors. Debra is also an Industry Director and the Vice Chair of the Canadian Investor Protection Fund.

Debra is a strong supporter of Odlum Brown’s sponsorship and charitable giving programs. In 2016, she was recognized for her leadership with the Joseph and Rosalie Segal United Way Community Vision Award. Debra was also recognized as a 2017 Canada’s Most AdmiredTM CEO and received a 2016 BC CEO Award from Business in Vancouver. In 2015, she received an Influential Women in Business Award. In 2012, Debra was honoured with the Queen Elizabeth II Diamond Jubilee Medal and the BC Community Achievement Award, and was also inducted into the Women’s Executive Network’s Canada’s Most Powerful Women: Top 100 Hall of Fame after being recognized as one of the Top 100 for three consecutive years.