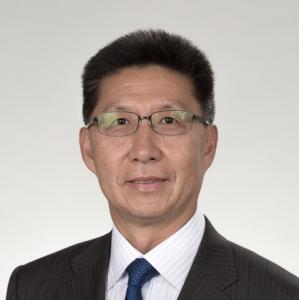 Henry Man joined the Providence Health Care Board in June 2014.

Henry F. Man is President and CEO of Magellen Developments (20/20) Inc., a company founded by him in 2003, which specializes in medium and high density urban real estate developments and related investments. Prior to starting Magellen, Henry was the Executive Vice-President and Chief Operating Officer of Concord Pacific Group Inc. in Vancouver and Director and Chief Operating Officer of Concord Adex Developments Corp. in Toronto, where he played a pivotal role in the development of Vancouver’s Concord Pacific Place and CityPlace in Toronto. Prior to his work in the real estate industry, Henry had a successful engineering and management career with British Petroleum Canada in Calgary.

Henry serves as a Director on the Board of the Musqueam Capital Corporation and Jentec Building Services Inc. He is the Vice Chair of the Providence Health Care Society Board, a member of the Building Commission of the Catholic Archdiocese of Vancouver, as well as a member of the Advisory Committee to the Dean of Engineering at UBC. Henry’s past directorships include the Canadian Club in Toronto, the past Chair of the St. Paul’s Hospital Foundation in Vancouver, Corpus Christi and St. Mark’s Colleges at UBC, the St. George’s School in Vancouver, and the Community Care Foundation in Vancouver.

Mr. Man obtained his Engineering degree from UBC in 1983 and his MBA (Finance) from the University of Calgary in 1991.

“At Providence, we are proud to carry on the history, the mission, and the vision of the Sisters of Providence in the same way that they cared for their patients.”